Home Blogging Did You have a knowledge about what is 3d&2d animation TECHNIQUE...
BloggingEarningGoogleOpinionSEOWebsite

Did You have a knowledge about what is 3d&2d animation TECHNIQUE ?

Did You have a knowledge about what is 3d&2d animation  TECHNIQUE ? 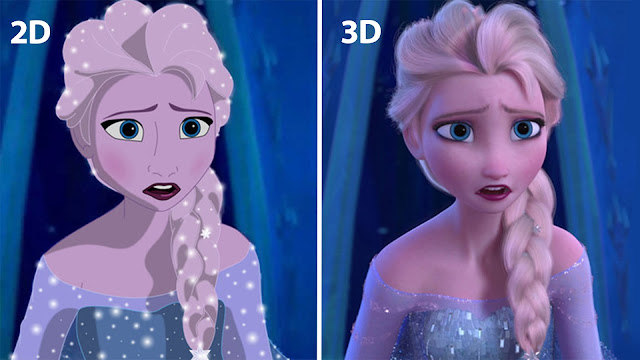 Animation is all about generating a chain of drawings or pictures taken by way of a simulation procedure for creating movement. It is a type of optical illusion through which we are able to see still images or drawings moving. The procedure involves the manifestation of motion as a result of displaying still pictures or photographs one after the other at the rate of 24 pictures per second. A video program or motion picture is considered one of the most common methods of presenting animation. However, there are various other forms that can be used for presenting animation. Here, we will try having an idea about 3D Animation and the difference between 3D and 2D Animation.
What is 3D Animation?
It is the process of generating three-dimensional moving images in a digital environment. Careful manipulation of 3D models or objects is carried out within 3D software for exporting picture sequences giving them the illusion of animation or movement. However, this is completely based on the technique used for manipulating the objects. The procedure of generating 3D is sequentially categorized into three main sections and these are modeling, layout and animation and rendering. Modeling is the phase that describes the procedure of generating 3D objects within a certain scene. Layout and animation phase describes the process followed for positioning and animating the objects within a certain scene. Lastly, rendering described the end result or output of completed computer graphics. The process of production is successfully completed with the careful combination of the sections mentioned above and also some other sub-sections. The market is filled with several software used for the creation of 3D Animation and these range from the professional high-end ones to the affordable low-end versions. Next, we will try and get through with the differences between the two animations.
Differences in Appearance of Depth
One of the most obvious differences between 2D and 3D Animation is the appearance of depth or the three-dimensional features. 2D Animation is a flat animation where all the actions happen in x and y-axes. One the other hand, 3D involves extra dimension and it is the z-axis. Traditional 2D Animation is a procedure where images are hand-drawn with every image showing some subtle changes from the other image. These images, when played back in a sequence, create an illusion of movement. When it comes to 3D, everything is carried out with the help of the computer and even exported to the computer. It is generated by changing the placement and the poses of the 3D models that have already been created. Generated scene can easily be viewed from a number of angles.
Differences in Techniques Used for Creating Animation
There are different types of techniques used for creating 2D and 3D animated objects and this is another major difference between 2D and 3D Animation. Rotoscopy, Anime, onion skimming, twining and morphing are the main techniques used in 2D Animation. On the other hand, 3D Animation involves the use of techniques like appearance sketching, arena building, appearance modeling, abating, camera setup, texturing, alteration and bond and rendering.
Time Investments in Creating 3D and 2D Animations
The time required for creating 3D and 2D Animations is completely dependent on the assignment. There are some assignments that can be created very quickly while there are others that take time. Time investment is also dependent on the request of the client and the different creative factors used for creating the animations. It is to be noted that creating 3D requires more time. This is because; it is a detailed procedure involving characters that have long life spans. 2D Animations can also be created quickly for specific videos while the work for the entire assignment is evenly distributed throughout the procedure. Creating 3D Animation needs a very strong and clear understanding of the entire assignment between the animator and the client. This is because a good amount of work is done during the initial rigging procedure. This is the procedure where the computer compiles the animation work in video format which takes some time. 2D Animation also takes time because animators need to draw new positions and angles for character rigs in 2D Animation
Deciding Between 3D and 2D Animation
Visual preferences of an individual always play an important role in helping the individual decide between 3D and 2D Animation. However, there are even some other factors like timeline, target audience and budget which also influence an individual’s choice of animation. It is necessary to have a very clear idea of the ultimate video that you are looking forward to create, the objectives that you want to achieve and the audience that you are looking to reach with your video. These will actually have a major influence on your decision of creating 2D or 3D Animations.
http://feeds.feedburner.com/ArtistogramDesigningAnimationOnlineLearningSiteArtistogram
Facebook
Twitter
Pinterest
WhatsApp
Previous articleMatte paintings is a art – learn amazing facts about matte painting
Next articleAmazing types of VFX – You now knowing the meaning of VFX

Microsoft brought a horde of new changes and features in Windows 10, and one of them is the Windows Store. It was later renamed to Microsoft...
Read more
Blogging

Hide Your Online Status on Facebook Chat from Select Contacts